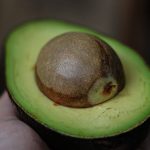 When I was a kid, a friend and I would attempt to make our own food by cramming random items from the refrigerator (pickles, ham, yogurt, cardboard packaging, etc.) into a blender. Nothing we came up with would ever be served in a restaurant or given to the homeless. Everything we came up with looked like vomit, even before it actually became vomit. I doubt that many of your finer restaurants create their menus based on dares. “Dude! I totally dare you to take this brazed breast of duck and blend it with some generic cat food and Tylenol!”

Because my girlfriend and I are fairly health conscious with our eating our diet consists mainly of food yanked from trees and chicken. This sometimes causes mental problems with me because I once enjoyed the many varieties of scientifically created foods you find boxed in many supermarkets and I will occasionally yearn for Totino’s pizza, Wolf Brand Chili, or some other fabrication of food-like chemicals. When window shopping for these items I am ever amazed at what food engineers are able to concoct in their secret underground laboratories. Here are some of the more astounding creations I’ve recently noticed:

1) Frozen toast -That’s right. Frozen frickin’ TOAST! GENIUS! Long gone are the days when you had to go through the trouble of putting butter on a piece of bread and then placing it in a toaster. Now all you have to do is open your box of frozen toast, gnaw through the impenetrable plastic bag made of space shuttle shielding inside the box to actually get at the frozen toast, put the frozen toast in a microwave or toaster (if you’re old fashioned), re-seal your unused frozen toast properly so as to guard against freezer burn, and enjoy!

2) Hot dogs with cheese in the middle — I’m not sure what sort of fantastic beasts the hot dog companies are getting their pancreases and sphincters from now days, but apparently these animals are full of gooey cheese! Thank you God!

3) Microwave Ice-Cream — Excuse my while my head explodes. I’d like to see Stephen Hawking mathematize his way out of this paradox!

5) Gigantic avocados — Now, I know this may sound like a food you simply yank from a tree, but the gigantic avocados I’m talking about are HUGE. Much more huge than natural evolution can account for. These avocados must be the result of scientific tampering. I saw my first one just a few days ago and this thing was, I’m not kidding, the size of a regulation softball. Gigantic, I tell you! I imagine at night, once the grocery store employees are all gone, that these avocados are the scourge of the produce section, rolling en masse from their bin and raiding the weaker more defenseless fruits and vegetables like the poor little Roma tomatoes. Only the spicy habenero peppers might be able to stop them, but they are all taking a siesta. Scriblets
Episode 29: I Ate Nothing but Old AA Batteries for a Week and the Results Were Amazing!